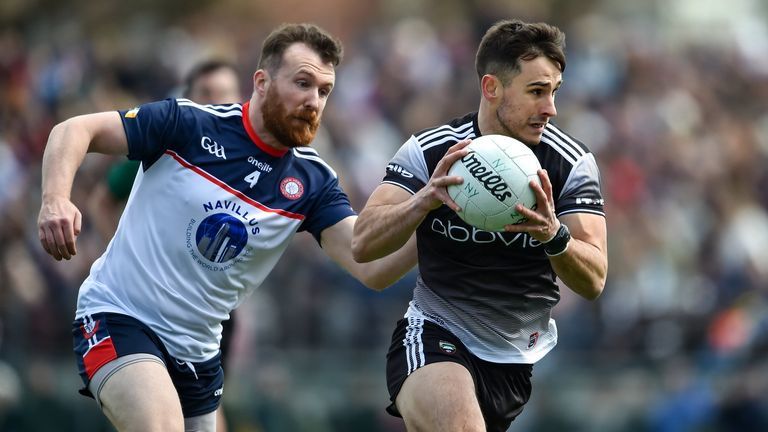 NEW YORK WILL be in action in Tullamore against Offaly after the quarter-final draw was made this morning for the Tailteann Cup.New York now join the new football championship at the quarter-final stage and it is John Maughan’s Offaly, winners over Wicklow yesterday, who they will take on.  That quarter-final tie is in the southern section along with the meeting of Carlow, surprise opening-round victors over Tipperary, and Westmeath, who got the better of Laois yesterday.The two games in the northern section are local derbies with Leitrim hosting Sligo in the Connacht tie and Fermanagh meeting Cavan in their Ulster showdown.The games are to be held next weekend 4-5 June with the fixture details confirmed this afternoon.The semi-finals will then take place in Croke Park on Sunday 19 June and there will be an open draw for that stage of the competition.

Captain of New York in his first year with the panel, American-born Jamie Boyle discusses his unu...

All of us in the GAA community was deeply saddened last night to hear of the sudden and untimely ...

A 15-point defeat for New York but their players remained the hottest ticket in town as teams and...

After all this time we are finally ready to start the redevelopment project in Gaelic Park. Permi...

One of the next major events on our calendar is the New York Hurling 7s🎉Saturday, May 28th.Gaelic...

Keep an eye on the upcoming schedule. Teams to be confirmed!