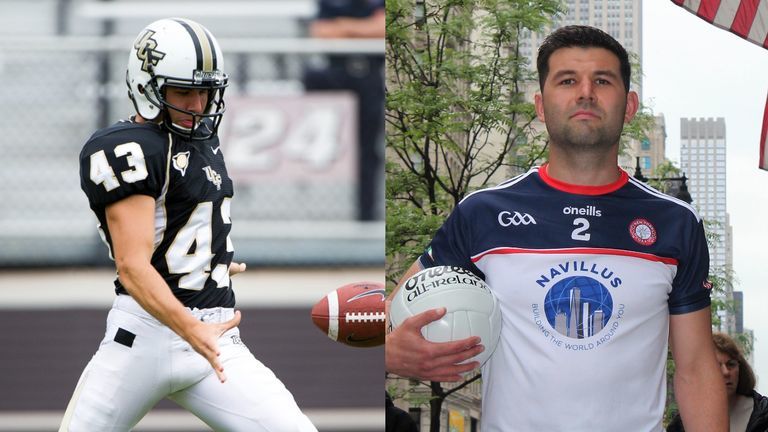 Captain of New York in his first year with the panel, American-born Jamie Boyle discusses his unusual route into intercounty GAA, which featured a stint playing college American football during which he attracted interest from the NFL

Jamie Boyle has not followed a traditional path into intercounty Gaelic football.

The grandson of emigrants from Donegal is the captain of New York GAA's flagship team in his first year with the panel.

Indeed, it has been uncommon for American-born players to skipper the side in the past. But Boyle is part of a growing 'native' presence on the panel, with 10 currently involved.

Although he played Gaelic football from a young age with the St Brendan's club, his sporting career then took a different turn.

"I played soccer growing up and then the American football coach in high school, they were looking for a kicker and I was like, 'how hard can that be?'

"So my sophomore year at high school I started kicking American football," he said.

"I had a really good year and I started getting some college interest. So I dropped soccer and I kept playing American football. I actually went to college to kick, so kind of continued doing that down in Florida (with the University of Central Florida). I was decent at that."

Playing at such a high level exposed him to interest from the NFL.

"I had difficulty getting on the field the first few years (with UCF), just the competition was extremely tough," he added.

"My last year though I had a strong senior year. Everybody does pro days, all the NFL coaches would come down to your school and you do all the tests in front of them

"I had some of their scouts come down and emailing me, but just being honest I'd say almost every division one kid is getting those looks and that kind of correspondence, so nothing serious to be honest."

After graduation, he returned to the Big Apple, and to GAA.

"I stopped playing with St. Brendan's at U-16. I was going away every weekend to train and go to camps and go to scouting combines for American Football kicking. So I stopped at U-16 and didn't play all through college," he said

"I moved back to New York and got a job and played but didn't really put a full effort into it. I was playing with Donegal New York for a year and a half when I was 22/23. I didn't play at all then until I was 28 when I came back with St Barnabas."

Interestingly, Boyle came close to playing in Croke Park, but in gridiron rather than Gaelic games. The UCF Knights travelled to Dublin for a meeting with the Penn State Nittany Lions in 2014, but it came after his graduation. 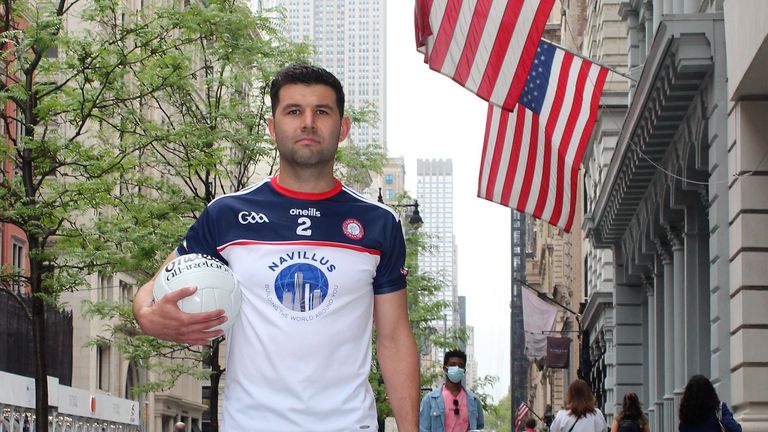 "The whole time I was there, they always kept talking about how next year we were going to be going to Croke Park but it kept getting pushed off so I just missed that. Because of UCF, I couldn't play on any of the College (GAA) teams here that went back over. UCF is to blame for me never getting to play in Croke Park!"

He has a chance to finally grace the field in Jones' Road now. If New York defeat Offaly, they will be returning to Ireland two weeks later for the Tailteann Cup semi-finals at Croker.

After a long and winding road in his sporting career, Boyle has his full focus on this weekend's meeting with the Faithful County.

Take a look at Jamie at UCF with some of his highlights:

A project manager for a construction company in New York, he knows there are challenges to play football with the Exiles.

"A lot of nights we had snow on the ground here, the first few weeks we were training, we were shoveling snow off Gaelic Park the first few Sundays we had scrimmages there," Boyle said in his American accent - it being the first time this journalist has transcribed the word 'scrimmage' in an interview with a Gaelic footballer.

There is an energy about the panel, as they prepare for their first game outside of the United States since the 2001 Connacht Championship quarter-final away to Roscommon.

They are looking to build on a strong performance against Sligo last month, which was their first competitive game in three years. Playing the waiting game for the Yeats County to visit Gaelic Park was testing.

"Watching and playing against them is two different things. But a lot of us had watched the Sligo games, just as they were playing through the league," Boyle added.

"We'd watch them each week. You don't know until the throw-in. But we were confident that the training and the work we put in since December was second to none. If anything, we knew we were going to be, if not in [the same] shape with them, in better shape.

"We had a lot of confidence in the training and the work that went in ahead of time. As far as the skill, you really don't know.

"Salthill came out here, our starters played the first half. But it was a tough match-up. I don't know if the doubt crept in, thinking 'this is a club team we just played' and they ended up beating us out here. It was kind of like, you don't know what you don't know.

"Everybody felt confident going into that game."

Ultimately, the 1-16 to 0-15 defeat to Sligo was another near miss, and Johnny McGeeney's side are looking to finally deliver a first championship victory.

"I think it would change the narrative," Boyle said.

"We saw it a little bit from our point of view with London this year in the league. They started winning. I think they won the first three games. 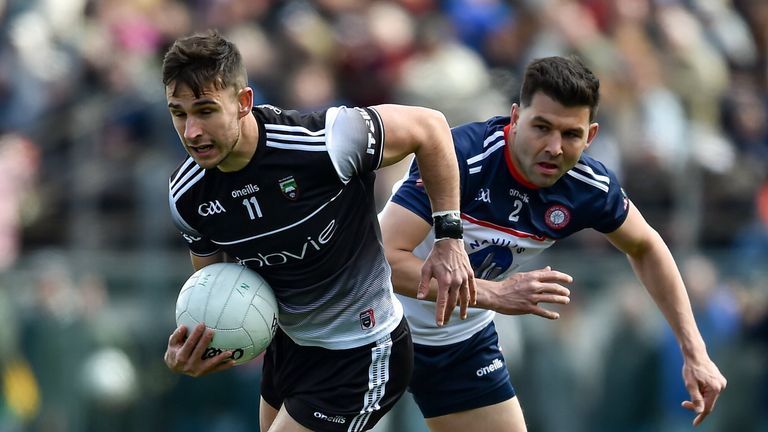 "I don't know if the narrative is the same with New York and London over there but at least to us, it felt like it was us and them, the outsiders… it was nice to see them winning.

"Teams have to respect them now when they come in. That's what we're hoping to do. We're hoping to change it from whoever draws us and has to come out here, they think it's just a vacation and it's a trip to go see New York and have a good time so we're trying to change that so it's, 'we're in for a serious game here when we go out to New York'."