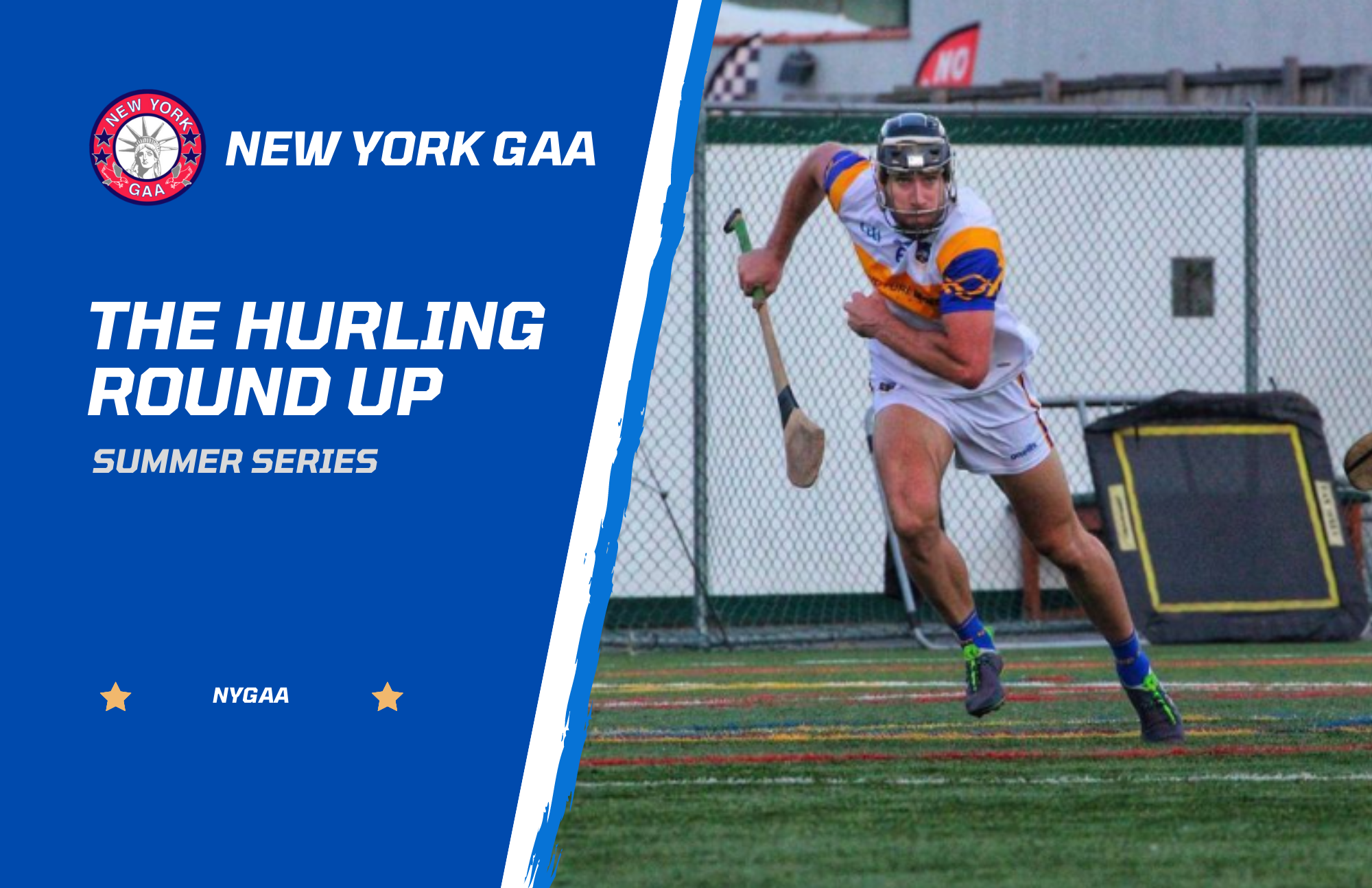 The Hurling Round Up (July 18th)

As described by Timmy Ryan a character from D'Unbelieveables (an Irish Comedy duo of Pat Shortt & John Kenny), this was certainly a game of two halves. You had the first half where things were tight and the second half where one team completely ran away with the game.

The early going saw Limerick hit the front with some great early play from sanction Enda Egan, scoring at ease. Both teams went point for point after that until newcomer and Clare sanction from Midleton Co Cork, Garan Manley hit the Limerick net with a flick Christy Ring would have been proud of. To the dislike of the Limerick players, this seems to spark Manley into gear as he ended up tagging on 3/4 more points before the half. Limerick responded with a goal of their own after a long-range free from Egan ended up in the back of the Clare net as Shane McGuane got the essential touch on the ball that took it past the keeper.

It was score for score right up until the last play of the first half when Paidi Brady hit the net after a dazzling run along the left flank of the Limerick defense, spinning 360 around his marker after contact and finishing low into the far corner of the Limerick net. 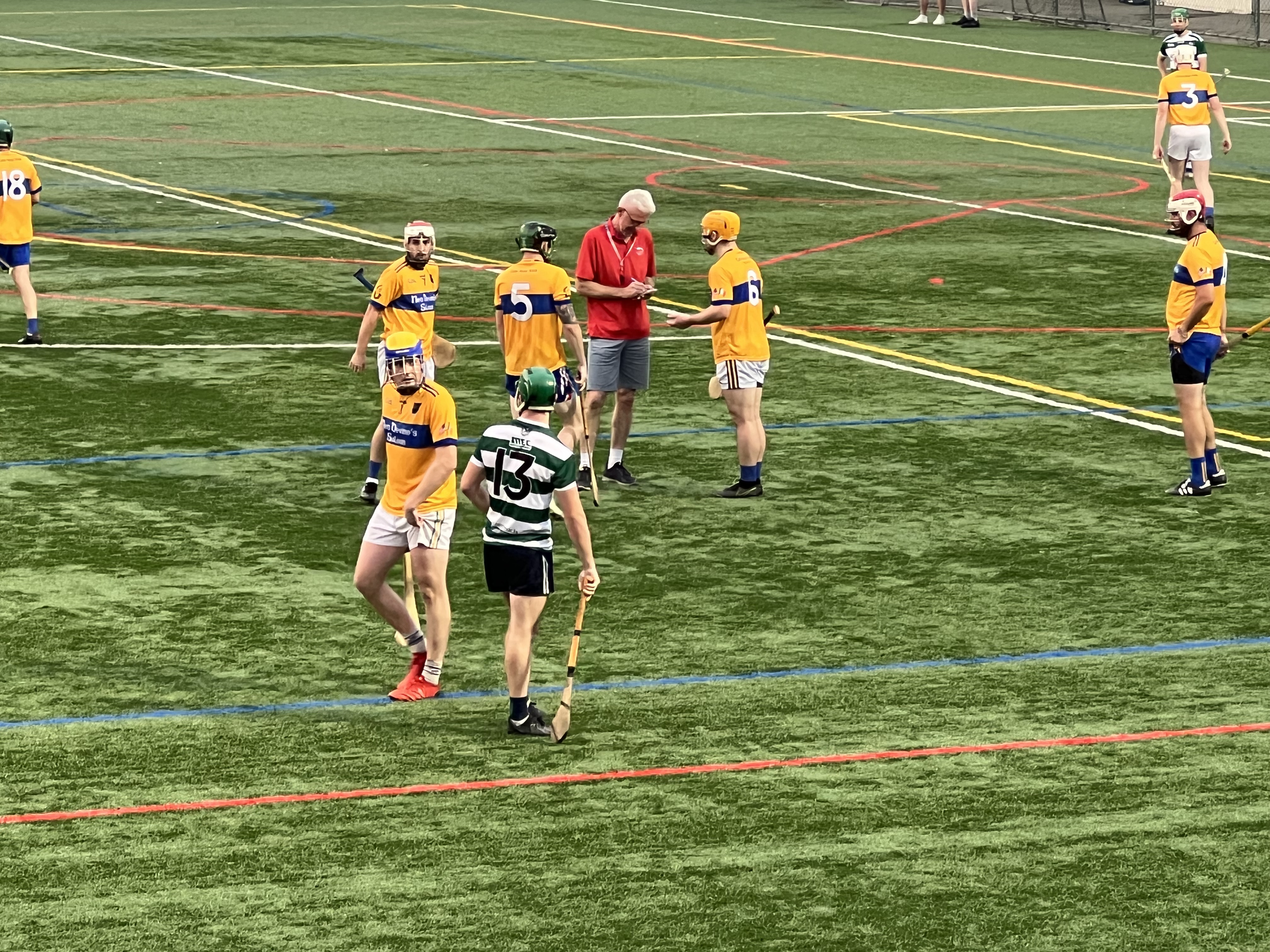 The second half, unfortunately, didn't live up to the expected heights after a good solid first half of hurling as Clare tagged on 12 unanswered points, a goal and to make things worse Limerick were reduced down to 14 men within 15 minutes of the restart.

The game petered out as a contest with 15 minutes left on the clock and spectators were left with a shooting exhibition for the final few minutes.

On a side note, due to some unforeseen circumstances, there was no referee present for the game but thankfully Eugene Kyne came out of retirement from the stand, threw on the whistle, and reffed the game best he could, fair play Eugene!

A widely anticipated encounter by two teams who have contested the last 4 New York GAA Senior Hurling Championship Finals. Both teams had plenty on offer as they strived to book their place atop of the standings and be rewarded with direct passage to the final, evading a potential semi-final date.

A game where both teams seemed close to full strength aside from Hoboken absentee Paul Gordan and Tipperary's Darragh Peters. The game started well with both teams trading points early on with Tipp getting the best of it as Mikey Sheedy opened his account with a point from a free and a goal from play inside the first 5 minutes.

Tipp though wouldn't have it all their own way as within 16 minutes Hoboken had hit the Tipperary net 3 times through Darragh Walsh and Luke O'Connor. Tipp responded with another goal, this time from forward Sean Elliot who got on the end of a loose ball around the back and buried it to the Hoboken net.

Hoboken continued to tag on points and another goal this time by Niall Coen who got on the end of a throw-in on the 21 yard line after referee Noelle Comyna judged Tipperary goalkeeper Keith Robinson hadn't waited for all players to be outside the designated area for his puck-out. Tipp boys rallied again with points from Declan McGrath and James McNuahgton leaving the halftime score a whopping 3-9(18) to 4-9(21).

After the break, Tipperary got a handle on the game and James McNaughton and Mikey Sheedy continued to be potent upfront. Tipp continued to put pressure on the Hoboken back line but no major cracks seem to form as Paul Kileen and James Rodgers were solid around the back until the 47-minute when Sheedy rattled another ball past McNamara in the Hoboken net. Hoboken were not about to throw in the towel and would begin to lean on the services of former Galway hurler Jonathan Glynn sending long high balls into the Tipperary defense. This began to produce some dividends as scores from Coen and O'Connor kept Hoboken in touch.

With 51 minutes on the clock, teams were level, as the ball seemed to travel end to end in a frantic state as players began to tire under the tough warm conditions. Hoboken again tagged on 2 points another from O'Connor from a place ball and a nicely taken score from Enda Fahey put Hobekens noses in front. At this stage, the Tipperary defense was under serious pressure but a strong performance from Cork man Mark Ellis throughout kept the Tipp men in check backed by his full-back Henry Keyes who was busy start to finish. Hoboken will be happy to have got Glynn back on the field, getting more game time into Kileen, and having their new look team get precious minutes under their belt.

In the final stages of the game, Tipperary will feel aggrieved not to have closed the gap further in the final moments as Elliot was deemed to have overcarried the ball as he narrowed in on the Hoboken goal with an opportunity that had the potential to put the sides level.

In any event, the sides finished 4-18 (30) to 4-21 (33) after a thrilling contest, possibly playing out in the spirit of the high scoring All Ireland Hurling Final played in Ireland only hours before.