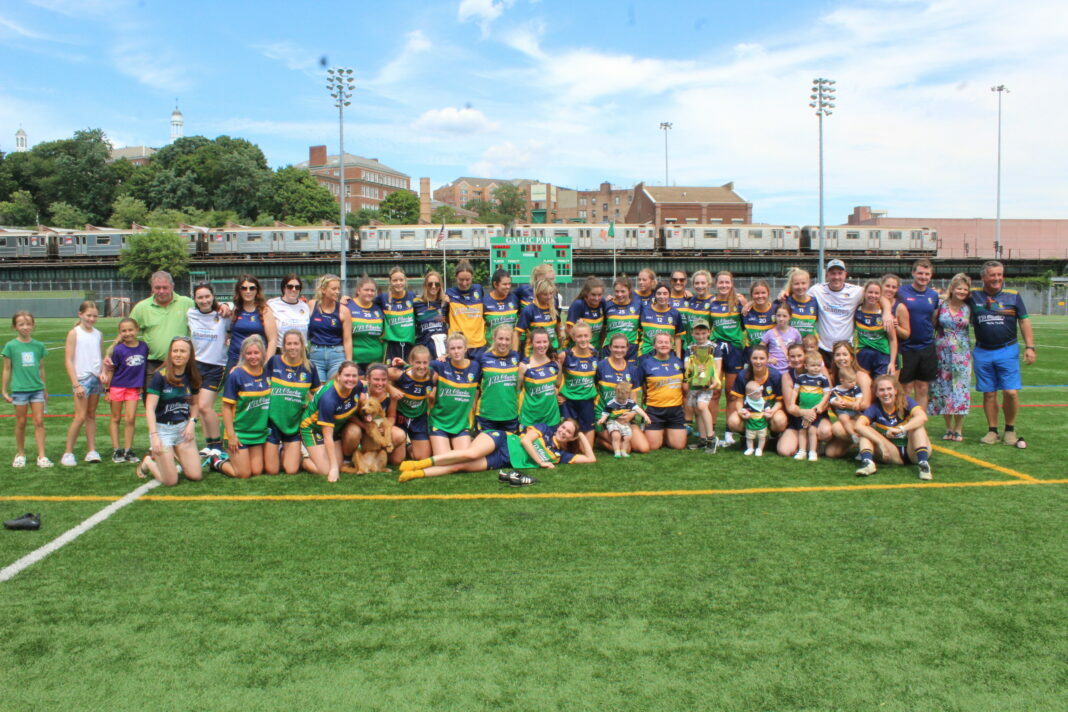 Leitrim, established in 2016, ran out deserved winners in a game they appeared to have sewn up by halftime, racking up an impressive 1-8 to a 4-point lead.

Captain Megan Fitzpatrick contributed 1-6 to that tally, the center forward was pulling all the strings for Leitrim while Ciara O’Neill and Laura “Maisie” Radican were both impervious at midfield covering acres of ground throughout the contest.

Fitzpatrick’s goal was a thing of beauty at the 15-minute mark. O’Neill darted through the middle of the park before offloading to full-forward Rosin Plunkett who fed Fitzpatrick and the sharp-shooting forward unleashed a spectacular effort from inside the D that looped into the top corner of the net.

ODR, appeared out of sync in the first half with countless unforced errors they couldn’t build much momentum. Their cause wasn’t helped by a sin-binned player in each half.

That didn’t change for much of the second and when Shauna MacGrath extended the Leitrim lead to 2-8 to 0-5 points and it only felt like a matter of Leitrim running down the clock to seal the deal. The goal came after a sweeping move started by Maisie on her own 45-meter line and McGrath was on hand to fire past Munks in the ODR goal.

Kathleen Enright added another point for Letrim but ODR mustered an almighty fightback that had the crowd on the edge of their feet in a titanic finish.

The rally was sparked with six minutes remaining when substitute Claire Dilger — who had a big impact on the game when introduced in the first half — weaved her way through the Leitrim defense to slot a right-footed effort over.

Lauryn Hollywood then had ODR believing seconds later when she found the green flag after gathering a crafty pass from Orla O’Reilly. Hollywood turned her marker and drilled the ball off the crossbar but she was quickest to react to the rebound and fisted the high ball into the net.

With ODR camped around the Letrim goal, Klara O’Sullivan added another point soon after to bring the deficit to 5 but ODR wouldn’t break down the gallant green defense until the last kick of the game when Emma Farrelly rifled a low shot over the goal line.

However, the Gaelic Park buzzer soon rang out to wild celebrations from the Leitrim faithful who were full value for their win. 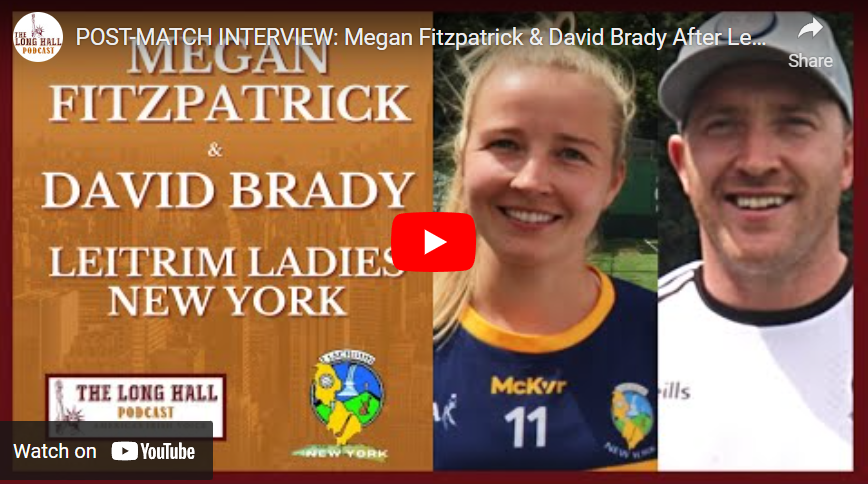